NASA Finally Launches 5 Rockets Off the Coast of Virginia 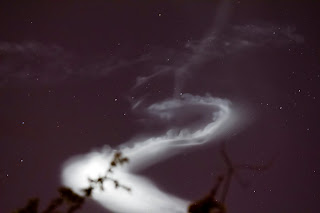 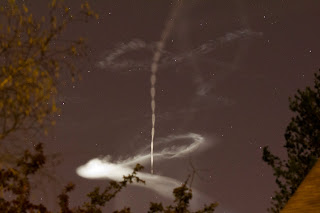 Rocket decends over the ocean during NASA Atrex Experiment

My daughter and I got up very early on the morning of March 27th to watch NASA launch 5 rockets from Wallops Island, VA which is just off the east coast. The rockets went very high, about 65 to 90 miles and were visible to much of the east coast. I made a time lapse video and will try to post it later. It would not upload to YouTube for some reason. The rockets released a cloud into the upper atmosphere so scientists could study the upper level jet stream near the edge of space. They hope that such information may allow them to better understand our changing weather patterns as well as the flow of charged particles that surround the earth.
Posted by Father Of Twins at 9:01 AM No comments: Went to National Harbor saturday for dinner but ended up with peeps instead. Fantastic sunset though. Soccer starts soon so stay tuned.
Posted by Father Of Twins at 4:25 PM No comments: